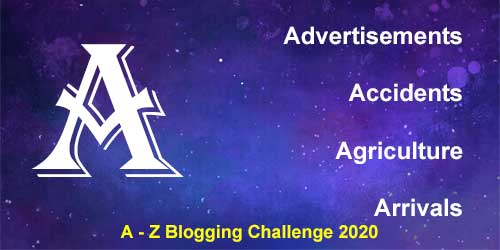 This article refers to John Dominic Galvin, my beloved father-in-law. He had been selected for pilot training in 1936 at age 18 and graduated from Point Cook in Victoria in December of 1937. This incident occurred just 6 months later. John went on to have a distinguished flying career during World War II. My first flight in a light aircraft was piloted by him many years later in 1969.

Unusual excitement prevailed at Douglas Park last Wednesday after noon, when a R.A.A.F. Hawker Demon plane crashed in a paddock there. The machine was badly smashed, but the occupants, Pilot Officer J. D. Galvin and Aircraftsman Godden, escaped practically uninjured. After striking the
telephone wires running across the paddock the machine struck a tree and was held for a moment in mid-air. The tree gave way under its weight, how-ever, and the plane with its occupants crashed to the ground. The pilot and the aircraftsman scrambled out with braises and slight cuts.

This was a lucky escape as another article retelling the incident reported that "Since the beginning of last year, [ed.1937] Hawker Demons have crashed eight times, five men having been, killed and six injured."

Advertisement for an Auction

An advertisement listing the household goods of my husband's paternal great grandmother Catherine Galvin appeared just a week after her sudden death in 1923. It is interesting that the goods are listed as belonging to her estate without mention of her husband.

Catherine Josephine O'Neill had arrived in Australia from Ireland in 1884 with her mother and sisters aboard the "Ashmore." She and John Patrick Galvin were 25 when they married at St Patrick's Catholic Church in Adelaide in November of 1892. Their household goods were dispersed in this auction.

This advertisement gives me an idea of the contents of their house and suggests that her husband John Patrick then moved into alternative accomodation. Electoral rolls of the time confirm this move.

Taking a step back further in time, the arrival in Sydney, NSW of the "Lady Milton" was noted in June 1862 with a list of passengers.


The names of the immigrants and the person who had paid the deposit for that immigrant were listed below. Michael Galvin is listed with his sister Biddy (Bridget). The complete passenger list sourced at the NSW archives reveals that Michael was a baker from County Galway.


This Michael Galvin is my children's 3 x Great Grandfather. He married Bridget Crotty in April 1865 at St Mary's Cathedral in Sydney.

Other matters to be found in newspapers for the letter A - Appointments to Government postitions, Agricultural details about a district.


Next post B - Building the Background
This post first appeared on earlieryears.blogspot.com by CRGalvin
at April 01, 2020
Email ThisBlogThis!Share to TwitterShare to FacebookShare to Pinterest
Labels: Catherine O'Neill, John Dominic Galvin

A Message from the Sea

HMAT A73 Commonwealth   https://alh-research.tripod.com/ships_lh.htm The Kain brothers - World War I It was 21 September 1916 when John and ...