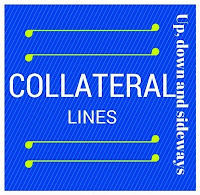 If you are interested in who came before you and where they lived, Australians have a treasure trove of newspapers available for free. This week I have been adding to a list over on Trove of my Smyth predecessors in South Australia.

Research in the newspapers of the day for my paternal grandmother, Elizabeth Agnes Smyth and her parents and their family has revealed much about their lives and times.I certainly did not know that she had lost her eldest sister to typhoid at age sixteen, until I started researching her siblings. That sister's name is reported variously as Mary Christina and Mary Catherine. Two other sisters, Catherine and Margaret and brother Francis all married and lived in the local area.

By finding details about my great-grandfather Edward Smyth's brother John, I have been able to determine the family's place of origin as Kilmore near Castle Pollard, County Westmeath, Ireland. The extensive obituary for Edward's brother, the Rev. John Smyth, details the school and seminary he attended, and so provides the potential for finding more about another great-great grandfather, their father Francis Smyth. John's three brothers, Edward my great-grandfather, Thomas and James, are mentioned time and again in the tributes that flowed after the death of this prominent Catholic priest in the early years of SA's colonisation.


It is with interest I note that he attended a seminary in Navan, and several descendants of my great-great-grandfather Smyth, including my parents are now buried in a small graveyard named Navan half a world away from Ireland situated between the small country towns of Tarlee and Riverton in South Australia. The Irish heritage runs deep in that corner of the country.

Trove has a great list making function. One can have private or public lists. Here's the timeline I've established on Trove detailing some articles found about the marriages, deaths and more of the Smyth family once they had arrived in South Australia.

Comments can be added to each entry on the list so I've prefaced the comments with the year of the article and then copied and pasted the text from the articles where they are not too lengthy, into the comments field. At a glance I can then see what this source has provided for this family. The list is enhanced by sorting the items into date order and adding a description for those who come after me. I've chosen reverse date order with the most recent items first. Lists can be revisited, revised and renewed as many times as one likes.


Collateral research, examining the siblings of a direct line ancestor, is one of the topics for Week 8 of the Genealogy Do-Over which has thousands of folks around the world re-examining the processes they use and the data they have collected relating to family history research. I think my research is improving!

This post first appeared at http://earlieryears.blogspot.com/2015/02/researching-smyths.html
at February 25, 2015
Email ThisBlogThis!Share to TwitterShare to FacebookShare to Pinterest
Labels: Smyth