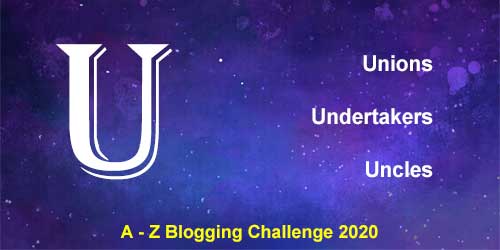 So many stories of ancestors and relatives are mentioned in the newspapers of the past. During April 2020 for the A - Z blog challenge, I am listing the types of stories or information I have found in newspapers with examples for each letter of the alphabet. My clippings include a variety of articles about relatives of my children's ancestors.
Undertakers notices provide the details of where the deceased were to be buried, providing a lead to further cemetery research. If ancestors were members of a Union details of that organisation's activities may provide a glimpse into working conditions of the day.
John Michael Galvin was certainly a Union man and an interesting timeline can be constructed from newspaper clippings of his years.

John Michael Galvin, or JM as I shall refer to him, had left school at 14 and joined the South Australian Railways at the end of 1911 as an engine cleaner. Although only young, born in 1896, by the time he was 20 he was already making his mark with his colleagues as seen in this clipping.

1916 A PRESENTATION.
Several friends of Mr. J. M. Galvin on Thursday presented him with a silver-mounted pipe to mark their appreciation of him on the occasion of his transfer from the drawing office, Islington, to the loco. branch. Mile-End.

His ambition was to become a locomotive engine driver so the transfer to the locomotive branch would seem to have been a step along that path.  With marriage in 1917 and arrival of first born son in 1918 his concern with wages and working conditions strengthened his involvement with the union movement. With his flair for public speaking and performance as demonstrated through his years with the St Patrick's Literary and Dramatic Society it would appear that he quickly became a spokesman for the workers and took on the role of secretary to the union.

By 1928 he had moved his wife and four young children to Melbourne when he had been appointed as assistant federal secretary of the Locomotive Enginemen's Union. (1) From then on there are many references to his appearances in the Arbitration Courts on behalf of the enginemen's claims for improved conditions and wages.

The Railway Arbitration cases often involved travel across the Australian states as the committee examined conditions in different locations. Here they had come from Melbourne and travelled to Broken Hill via Peterborough and Cockburn. the trip to the west coast of South Australia involved Port Lincoln and far distant Thevenard.

Throughout the 1930s references to JM appear in the papers as attending various wage claim cases and as a delegate at annual ACTU (Australian Council of Trade Unions) conferences. By 1932 JM was the general secretary of his union and his appearances in other committees for industrial action bodies increased. He became a powerful advocate for the rights of the working man. In 1932 he was part of the committee determined to fight for the right of the railway workers to remain under federal jurisdiction. (2)
In 1933 he was a strong advocate for the restoration of the 10% wage cut that had been imposed across the board.


Today's snapshot outside the Arbitration Court of Mr J. M. Galvin, Federal secretary, Locomotive Engine-drivers and secretary to the Labor advocates, appearing In the hearing of the union's application for restoration of the 10 per cent, wage cut. (3)

When he arrived in Perth via train with other interstate delegated to attend the Locomotive Enginemen's Conference April 1933, his photo again appeared in the newspaper.(4)

1934 saw the conclusion of hearings about the disputed railway workers wages that had gone on for 7 years. JM then was tasked with visiting each state to explain the effects the new award had on workers' pay.
He continued to travel representing the union and alongside the Conciliation commissioners as they sought to resolve a variety of claims and disputes, both federal and state. He represented the union in numerous cases providing evidence to the sitting judges. He attended endless meetings Australia wide and reported on all of these to the national executive.

Throughout the early 1940s there are dozens of articles about the issues raised such as working hours, condition of rolling stock and housing for railway workers along with wage matters. Here are a few examples from the more than 500 newspaper articles mentioning his name in that decade

With more than thirty years experience in the union movement and his fair representation for all attitude, it was not surprising that in October of 1947 he was appointed as a Conciliation Commissioner.
This article goes on to provide an extensive summary of his career including praise received from the bench.

On his appointment he was allocated to cover matters involving the building trades awards, and the ships' painters and dockers. From then on he appears in the Law Courts lists with details of cases to be heard.

The Metal Trades Dispute tested everyone's patience with hundreds of newspaper articles reporting on his ruling and the subsequent court appeals. The search  "J M Galvin" limited to 1952 in Trove, has 445 results and it is for this dispute that he is well remembered. Many unionists felt betrayed and depending on the allegiance of the paper the decision is reported in widely varying terms.

An example of a subsequent hearing from 1953:

In 1954 he was appointed Chief Conciliation Commissioner,
and in 1956 appointed as the Public Service Arbitrator
These are just a few snippets from an illustrious career which we have the privilege to follow through the news of the day. In 1963 he was awarded the CBE.

This post first appeared on earlieryears.blogspot.com by CRGalvin
at April 24, 2020
Email ThisBlogThis!Share to TwitterShare to FacebookShare to Pinterest
Labels: John Michael Galvin 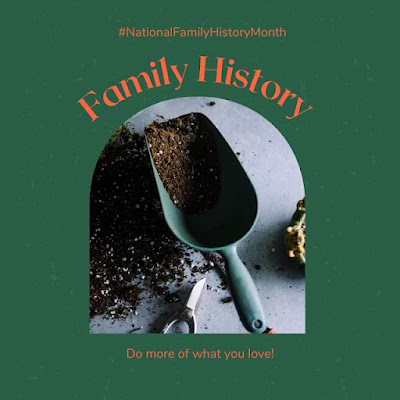