This is the first in a series of 26 posts, each day in April except Sundays, one letter of the alphabet.

My father planted a wide variety of fruit trees between the farm house and the cowshed. These trees were our source of fresh fruit and the excess each season was stewed, made into jam or bottled and preserved for consumption during winter months.

Fresh from the tree these were delicious. Mum often served apricots cut in half and sprinkled with a little coconut. Fresh cream on the table completed the treat. My father was quite a champion of piling copious quantities of jam and lovely thick cream onto a single slice of bread. He then cut it neatly into four quarters and we watched with anticipation to see if it would reach his mouth without jam or cream sliding off that tiny quarter.

Apricots ripen in the hottest weather and as the season wore on and the ripening quickened, some became soft and suitable only for jam. Lined up around the table my sisters and I stoned and sliced apricots by the bucket load. The softest ones were consigned to the jam pot with firm ones packed carefully into sterilised jars. These were topped with sugar syrup, a rubber band placed carefully around the rim then the Vacola metal lid clipped into place. Jars were stood in boiling water and removed carefully after they were cooked.

The jam pot which bubbled and hissed on the stove needed regular stirring to ensure it did not stick to the pan. There were no non-stick pots or pans in our farmhouse in the fifties and sixties. A spill of hot jam produces a nasty burn, one had to take care. A ladle was used to transfer the hot jam into the previously sterilised jars which were re-used from year to year. It was best to cover the jam while it was still hot. The round cellophane covers had been purchased in advance. In the packets there were also paper labels to record the date and type of jam. One dampened the cellophane cover, stretched it over the top then held it in place with a rubber band. The kitchen after a day of bottling and jam making was a hot and sticky place, no air conditioning or fans.

The almond tree yielded well in good years. On a designated day we would gather around the table to shell the almonds. Once the soft outer case had been peeled away it was time to crack the inner shell. I’ll always remember Mum urging us to whistle or sing while we worked, a strategy designed to prevent the consumption of this well-prized product of the orchard. The precious shelled almonds were hidden carefully in the pantry away from marauding mouths and used sparingly throughout the year.

Next up  B  - Bulls in the paddock, baking and bicycling 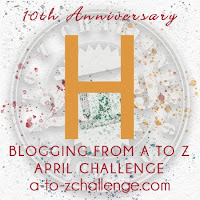 These recipes are in my mother's handwriting and are housed in a battered, blue plastic folder. They are transcribed here as part of the  A-Z Challenge 2019 . Each day in April a new letter of the alphabet and accompanying recipes are posted. Honey - from the hive, no additives We often had beekeepers visit the farm to ask if they could house a beehive or two in the uncleared scrub paddock.  The cost to the beekeeper was the supply of fresh honey for farm consumption. After a short time the honey solidified, thick and creamy. Mum made many of these sponge rolls, sometimes honey, sometimes ginger or chocolate. The trick to achieving a good result is in rolling the cake while still hot in a clean tea towel and gently unrolling to fill when cool. These lightly spiced sponge rolls are delicious! Honey Sponge Roll Beat 3 eggs for 5 minutes then add ½ cup sugar and beat until thick and frothy. Then add dry ingredients sifted together:- ½ cup cornflour 2 heaped teaspoons pla
Read more 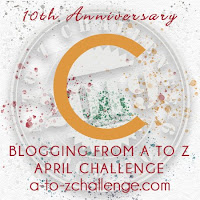 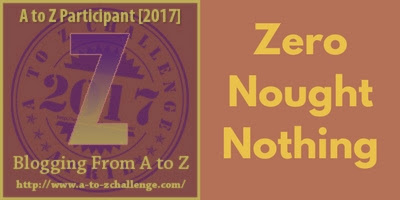 A-Z challenge - My memories of life on the farm in the nineteen fifties and sixties Indoor games In the game of Scrabble , the letter Z is one of the highest scoring letters worth 10 points. Mum loved to play Scrabble and so did I. It was a game we often played, recording the scores and keeping a tally of who had won the most games. If one was lucky enough to get a Z and use it with either a double letter score or a triple word score square, one was well on the way to victory. Scrabble is more challenging with multiple players and competition was fierce as we all aimed to better Mum. She kept the dictionary nearby to check up on any questionable word one wanted to use. Noughts and Crosses was always an excellent time filler. On the backs of envelopes or scraps of paper, many games were quickly scribbled and contested. Monopoly The aim of this board game was to collect as much money and as many properties, houses and hotels, as possible. Probably the lingering memory of Mo
Read more