Quinces and the Queen

Quinces were the one fruit we never took from the tree. A raw quince is dry tasting and has an unpleasant furry skin. When they ripen however they can be used to make a variety of dishes. Mum made quince jelly which was a jam strained of fruit until only the clear liquid remained.

The cleaned and chopped quinces were boiled with a little lemon juice for about one and a half hours. When the fruit had cooled the juice was strained through a muslin cloth then boiled with added sugar. The scum was skimmed from the top before pouring into jars for sealing and labelling.

The left over quinces were somewhat dry but leaving nothing to waste, Mum would then make a cake-top pudding from the remaindered fruit. We also had stewed quinces with cream for a sweets course when our tree had plenty of fruit. Nearby neighbours had more quince trees so it was not unusual to process a large bucketful of quinces for either the clear red quince jelly or stewed fruit.

I’ve added this post about the Queen from my sister Catherine’s memories. 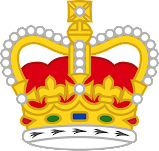 In 1954 Queen Elizabeth and Prince Phillip were due on their first trip to the antipodes. Much excitement was generated in the papers of the day with thousands of articles in national, regional and local papers following the royal progress through New Zealand and Australia. As March approached, plans were published of the details for the South Australian visit.

On Tuesday, March 23rd the royal couple would be greeted by thousands of school children as they toured the Wayville Showground oval in an open-topped vehicle.
Schoolchildren from all over the state were transported to Adelaide for this momentous day. The local primary school where my brother and three sisters attended sent some carloads of children to Adelaide for the event. Catherine was excited to be going in a neighbour’s car dressed up in her Sunday best. It was the first time she had been in a car that did not belong to Dad and she remembers having a paper flag to wave.

Here’s an extract from the afternoon edition of the News on that day.


98,000 CHILDREN CHEER FOR 5 MIN. Noisiest welcome Queen has had
The Queen watched with apparent delight at Wayville this afternoon 98,000 schoolchildren in the largest, noisiest, most spectacular display she has seen in Australia.
When the Queen and the Duke arrived on the oval the massed children broke into a scene of fluttering flags and shrill sustained cheers. They cheered without pause for more than five minutes as the Queen and the Duke, standing in the back of a Land Rover drove around them smiling and waving. It was the longest sustained acclamation the Queen has received any where in Australia, and the greatest in volume of sound. Joy and dignity were the twin key notes of this occasion which none of the children will ever forget.

It must have made quite an impression on a young farm girl from a small country school to see such crowds and I thank her for recalling it now 63 years later.

Next R - Rabbits and the rain gauge
at April 20, 2017
Email ThisBlogThis!Share to TwitterShare to FacebookShare to Pinterest
Labels: A-Z challenge, farm life