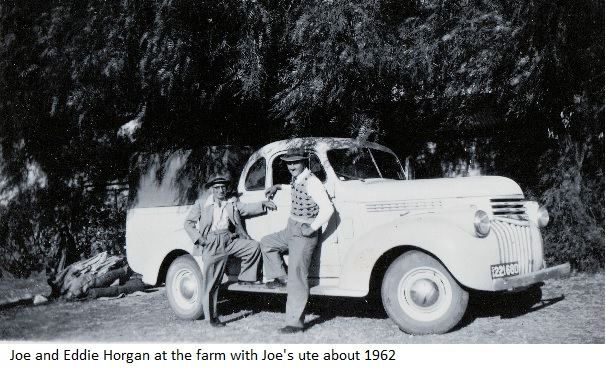 How many could fit in a sedan of the times?

That’s how we travelled to Mass each Sunday and no complaints were to be tolerated. No seat belts then, just packed in like sardines. That car was more spacious than the earlier green and white FC Holden we’d previously owned.

I learnt to drive in the paddocks. Perhaps it was first steering the tractor or truck as it slowly progressed in a straight line while hay was distributed to sheep from the back. I then progressed to the family sedan learning to change gears along the way. I remember well the kangaroo hops made before getting those gears to change smoothly.

One sister acquired a two tone pink and grey Standard 10 which she needed to get between the towns where she taught dressmaking. My brother’s first car was a blue Holden ute for farm work often with sheep, equipment and tools loaded in the back. If that car could tell tales it would recall Rural Youth outings, taking sisters to dances and some romances.

My first car, a red 1955 Ford Prefect, came from my eldest sister as she left Adelaide to accompany her husband on an overseas posting in 1969. Unfortunately I had an accident, not serious enough to be hurt, but enough for the insurers to write the car off. The small red car was retired to the farm where it was cut off as a ute for a paddock jalopy.

Here's Dad with one of his earlier cars. 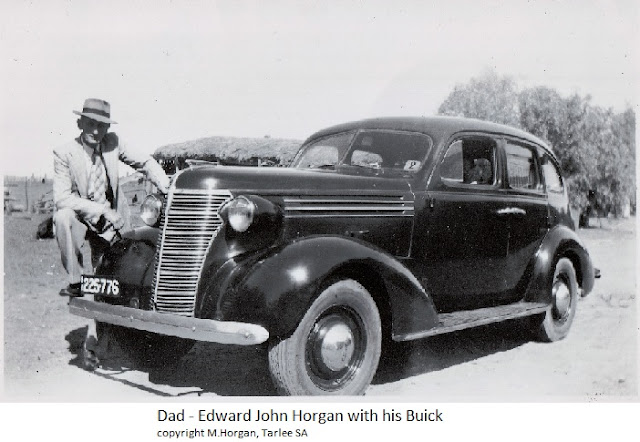 Remembrance Day 2020 When Kevin Francis Galvin was born in May 1923 in Unley South Australia, his parents John Michael and Grace Walmsley Ga...