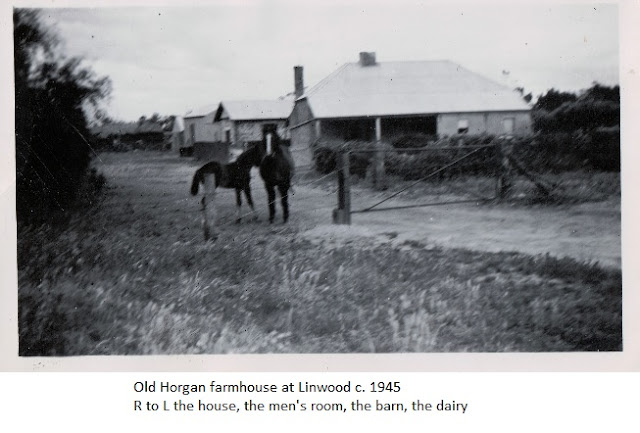 A farm is a place with a myriad of gates. Gates on paddocks, sheds and yards all for a variety of purposes and all differently constructed. Close the gate after you is still as relevant today was it was then.

Gates kept animals in paddocks and sheds and children out of danger. There were high gates on the old farmhouse backyard. The house was next to a creek, unsafe for small children. Along the edge of the creek, the washing line was strung above the grey wormwood bushes. I have very early memories of standing at the gate straining to watch as Mum hung out the clothes. In my early years, there was a gate leading to the driveway out to the road seen in the photo above.

The top gate was at the entrance to the property and after some years was replaced with a cattle grate. This saved a lot of getting in and out of vehicles to open and close gates. The paddock gates were usually made out of a panel of fencing wire which closed against a straining post.  These gates had a light post on one end, could be opened in either direction and were easy to pick up and move aside. Over time old posts that had been used in fences were replaced with star pickets or cement posts. 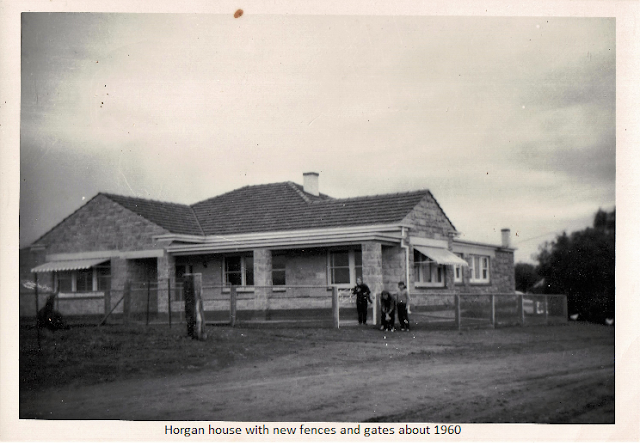 In the new house, front and back yards were constrained by gates. The gate into the orchard marked the extent of the back yard where a carefully tended piece of lawn was nurtured. Further along a gate to the extensive vegetable garden provided access from the house yard and a high surrounding fence also kept dogs, turkeys and chooks (fowls) at bay. The far exit from the orchard into the cow yard required negotiating another two gates.

The pig pens each had individual wooden gates leading out to the paddock.
Gates on three sides of the tennis court provided quick access to other areas, useful for chasing stray balls. Mending fences and maintaining gates was always an ongoing job for the men of the farm.

Next H - Harvest, hay and a Hills hoist
at April 08, 2017
Email ThisBlogThis!Share to TwitterShare to FacebookShare to Pinterest
Labels: A-Z challenge, farm life