Some eXtras for X 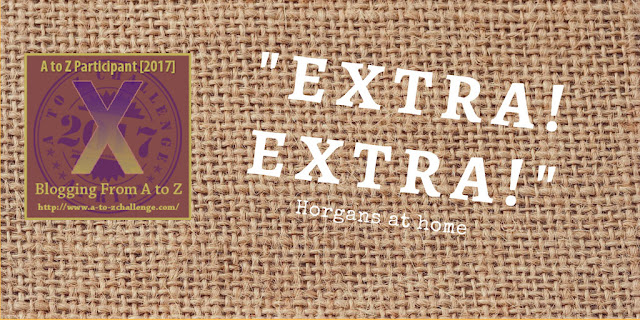 Extra! Extra! Read all about it the newspaper boys called as they touted their wares on street corners. I have a few little extras that did not fit into the main edition of A-Z posts.

Sugar was bought in 70lb hessian sacks. The bag was put on the pantry floor with a scoop in the bag to access the sugar for jam making, preserving and everyday uses. The hessian sacks were put to a great variety of uses once they were empty. They could be used to store potatoes or onions, used to carry tools in the boot of a car or in the back of a ute, and sometimes cut up to use for children's craft or sewing projects.

Before there were barbecues there were chop picnics.  Sometimes on a Sunday, the car would be loaded with a loaf or two of bread, mutton chops from a recently killed sheep, the thermos for tea and a picnic rug. The occasion may have been a birthday or Dad’s cousins visiting. We headed over to the scrub paddock, the only paddock where there was a rise that still had a few acres of uncleared land. A grate over a fire or a fire in a cut-in-half 44-gallon drum served as the cooking medium. Once the chops were cooked, we ate them in a piece of white bread. A chop picnic was quite a novelty as it was rare that we ate outside of the house. Chops would be charred but delicious and we could run freely and play hide and seek between the trees.


The rock playground in the creek

We spent many happy hours playing in the creek. Not far from the house and through a fence, a mostly dry creek ran with a trickle of water. At one spot there was a solid crossing place consisting of many rocks. We would clamber and climb, play imaginative games and hide in the trees nearby. In winter when there was more running water we were not supposed to play there as it became very muddy. Of course, children will be children and there came the day with shoes off we went to cross the creek. As it was slippery, someone made the decision to throw the shoes across. The first shoe made it but the second was carried away in the now swiftly flowing stream. These were new brown school shoes purchased only a few weeks before. I don’t remember the consequences but my mother was very good at selecting a punishment to fit the crime.


X for Extra help in the house 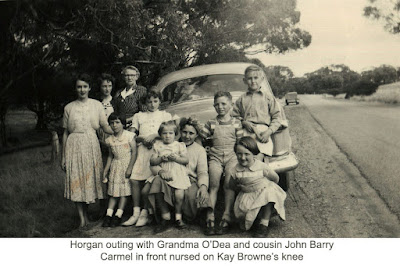 When I was small, Mum had extra help in the house. I don’t remember the two girls who worked there over the years but my older siblings remember them.

Centre front nursing me is one of those extra helpers, Kay Browne. Soon after this, I was a flower girl at her wedding, what a pity I can't remember that either! 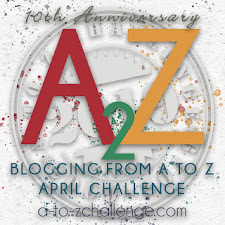